Richard James (Jim) Blundell was born in Napier in February 1924 and ‘grew up’ in the Port, spending as much of his spare time as he could helping his father, whom he greatly admired.  He was a marine engineer and the tugmaster at the Port. Later Jim would take lighters out to bring in goods from the overseas ships that were not able to berth at Port as there was no breakwater at the time. He has been attached to the sea all his life since.

Jim remembers the Napier earthquake (1931) vividly. “It was like a thousand steam trains, the noise and everything.” Seven years old and attending St Mary’s Convent School at Port Ahuriri at the time, he had been approaching the port in his father’s tug towing empty lighters when it struck. They were able to collect the men from the other lighters and take them ashore safely. Looking from the water up at the hill, he could see the hospital partially collapsing. Unfortunately his mother was a nurse there, and was injured. Jim saw one victim who had lost all his fingers, and nurses lying on the ground . “The nurses home collapsed like a deck of cards.”

Jim boarded at St. Pats High School in Silverstream, near Wellington. During the war, Jim forged his father’s signature, and joined the Wellington East Coast Mounted Rifles under-age:”I thought I was going to be dashing on a horse and all this nonsense – but they disbanded as cavalry and became a mechanized unit.” He went into training camp at Waiouru, in the winter. They lived in tents, slept on straw palliases with their boots as pillows. “When you woke up in the morning you’d have icicles around your blanket.”

When the Japanese entered the war, Jim was sent to Napier to guard the Port.”We couldn’t have defended anything; it was all make believe. At our age we didn’t appreciate how serious it was.” He was then sent to guard the first batch of Japanese POWs at Featherston camp. Jim wanted to get out as he could see he wasn’t going to get a chance to go overseas if he stayed-put, and made out his false eye (he had had an accident when young, and a knife had gone through one of his eyes) was playing up. He did get released, but soon had problems with the Manpower authorities. “To me, they were a proper bloody bunch of hicks among the sticks, men who would have been capable of going overseas but were dodging it in industry”. So I thought “How am I going to get overseas?'” In May 1943 after a short time as a clerk for the Hawke’s Bay County Council, Jim signed on for a Port Line cargo ship, the Port Fairy, which was loading at Ahuriri without telling his father. Jim was able to see his mother before leave, but was already at sea when his father found out he had joined-up. He served on several merchant ships, and was lucky to survive the war – his ship being been hit by enemy bombs in the Mediterranean.

Jim was in Auckland for VJ Day, and remembers the wild celebrations. In later years, still in Napier, Jim was an active and well-known advocate for veterans in his role at the RSA as Pensions Manager. 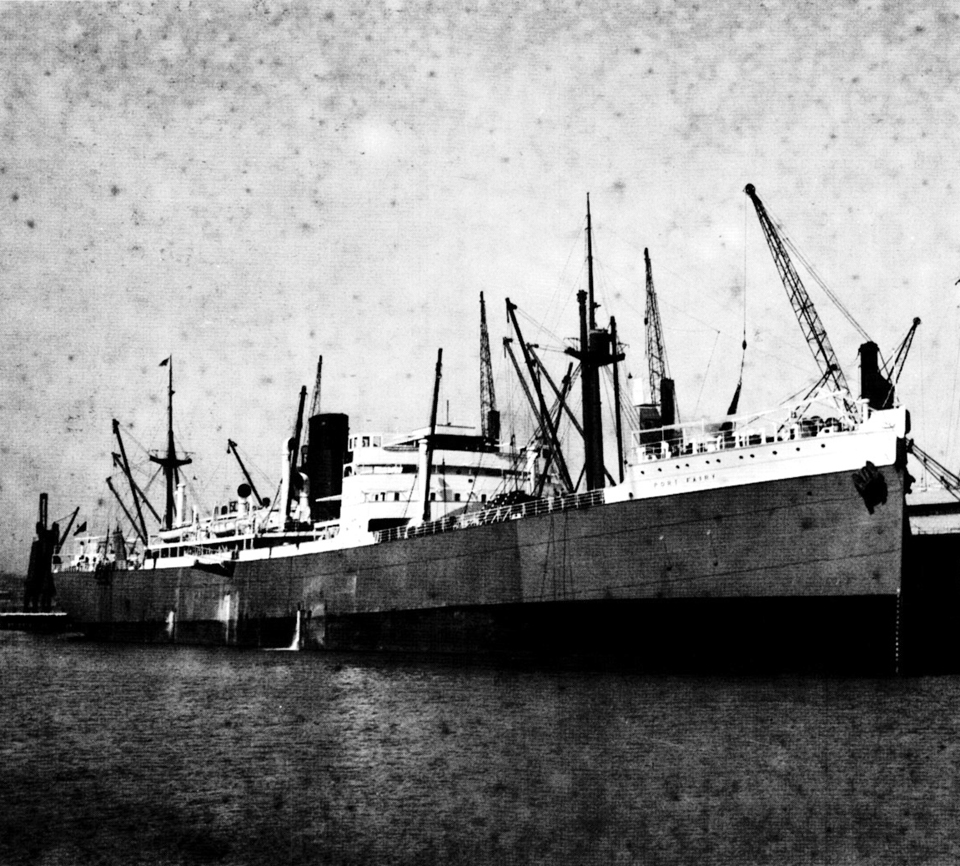