Frank was born on October 1927. His parents Michael and Bridget were immigrants from Ireland, coming to Napier in 1916. His father worked at Barry Bros Ltd, the transporting firm. During the 1931 earthquake, Frank remembers his family being thrown around the room, and being taken in a Model T Ford with three adults and seven children to a makeshift camp in Rongotea, just out of Palmerston North. After that, the family stayed with family for several months until they could move home again.

During the tough years of the Depression, his father’s firm implemented ‘stand down’ periods so they wouldn’t have to lay workers off, so he kept a job, unlike many others. Frank remembers coal merchants Williams and Creagh doing special 1-shilling ‘barrow-loads’ to help the local Portites, and sympathetic train drivers would often throw a ‘spade load or two’ over the side as the train passed, for local children to collect and take home.

Growing up, Frank and other kids would go swimming near old Glasgow Wharf, the pierhead, or in Cattanach’s or Dinny Shanahan’s pools at high-tide. These pools had been created by hand by clearing away rocks that lined the foreshore. Shanahan’s pool was the biggest and most popular, so the council built dressing sheds and installed a gas-point so bathers could boil water for tea. Another popular pass-time, especially when the tide was out, was to fish for cockabullies, which were caught with a baited bent pin tied to a length of cotton. Crabs could also be caught by turning over the larger rocks. Sports also had an important place in Port life. Most Sundays, social sporting games would be held at the Port Park (more commonly known as the “South Pond”); cricket in summer, rugby in winter.

Frank recalls the fishing trawlers that used to moor at the Iron Pot, and would unload their catches after a day’s work. Undersized fish (usually Sole) would be strung up and handed to anyone waiting on the wharf who wanted them. They were known as “strings of charities.”A regular delivery of fresh fish to Palmerston North would leave daily around 7pm, the lorry loaded with day’s catch chilled by blocks of ice.

Like many who grew up at the Port during this time, Frank remembers the many places and shops that were the centre of Port life, lived much more ‘locally’ than life today with its cars, shopping centres etc, including: Murphy’s Store & Petrol Pumps on the corner of Battery & Waghorne Streets, Chapman’s Grocery Store – directly opposite; Cleggs on Battery Road; Seymour’s Greengrocer, Stanford the butcher, and Mrs Holder who used to run a dairy with an illicit bookie operation out the back; Martin’s butchery, Greaney’s cycle sales and repairs, McCarthy’s newsagents, Otton’s grocery store, and Mrs McSwain’s grocery store. Other businesses were the wool stores, the timber yards (including Bull Brothers, A Davis & Sons, and Manson & Clark), and the transport companies (Barry Bros, FG Smith, and Williams & Cray)

Amongst the well-known personalities and characters of the Port were: Taranaki Liz, Pukie Mac, Runabout Hogan, Peter Pork Pie – who had lost a leg in the First World War, Sergeant Jack Williamson – one of the policemen, Tom Gunn – the train engine driver, Mick Downing – the fire station officer; and Gerhard Husheer, the proprieter of National Tobacco and a regular philanthropist in the local community.

During the war years, Frank recalls the bulk petrol tanks being protected with bricks and concrete from potential attack.

Frank had a long career at Shell Oil, working at the head office in Wellington, where he still lives. 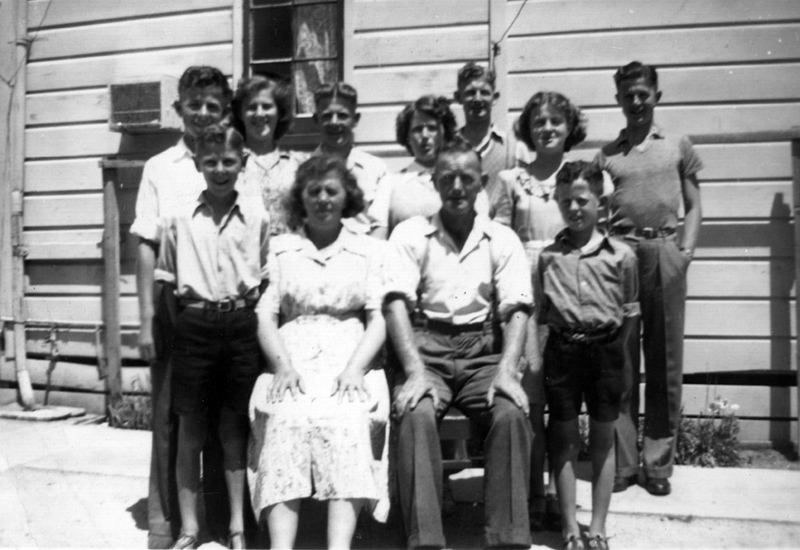